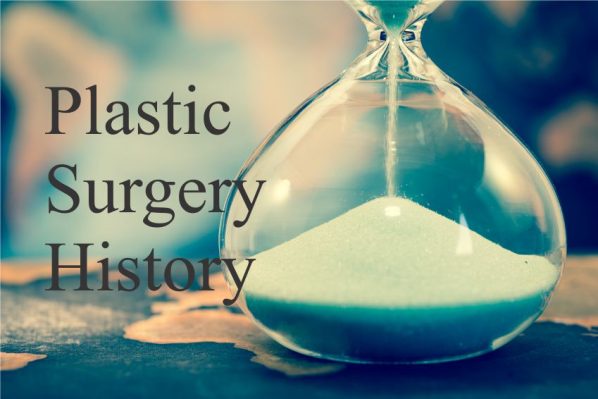 Have you ever wondered about the history of plastic surgery? Are you curious about its origins and how it has come to be one of the most sought-after procedures? You can learn all about plastic surgery’s fascinating past by reviewing the infographic below.

The first plastic surgery text is on papyrus

Even in Ancient Egypt, scientists were trying to perfect reconstructive surgery. The Edwin Smith Papyrus, circa 3000 to 2500 BC, describes prosthetic surgery. The Egyptians also prepared mummies of important people for the afterlife by inserting seeds and bones beneath the facial skin to ensure the nose and face would retain their shape despite mummification.

Sushruta lived around 600 BC, and he recorded his work in a text called the Sushruta Samhita. Sushruta was best known for nose reconstructions because it was common for people, especially adulterers, to be punished by having their noses cut off. Sushruta would graft skin from the cheek to the nose, with plant pieces inside the nostrils to hold the shape.

Historical texts such as De re Medicina by Cornelius Celsus say that Ancient Romans were fans of rhinoplasty and scar removal.

During the Middle Ages, plastic surgery was a sign of witchcraft

For hundreds of years, plastic surgery fell by the wayside, seen as a sign of the devil and witchcraft.

In fact, by the 1400s, Antonio Braca was pioneering his own version of the nose reconstruction. This process involved making a model of the nose from leather or parchment, cutting it out of the arm’s skin, but leaving it partially attached, sewing the new “nose” onto the face, still attached to the arm so the skin wouldn’t die, and waiting for a week or two with your head and arm in a cage.

Plastic surgery experienced a Renaissance, too

Plastic surgery enjoyed a revival during the Renaissance. During the 1600s, you could visit a barber/surgeon in Germany for anything from a cut and shave to a skin graft from an animal—if you dared.

“De Curtorum Chirurgia Per Insitionem” or “The Surgery of Defects by Implantations” was written by University of Bologna professor of surgery and anatomy, Gaspare Tagliacozza, often referred to as the “father of plastic surgery.”

It starts being called plastic surgery

Plastic is originated from the Greek word, plastikos, and the Latin word, plasticus, which mean “able to be molded.” In 1818, German Doctor Karl Ferdinand von Gräefe published Rhinoplastik, being the first to coin the term “plastic” surgery because doctors molded body tissues. In 1838, Eduard Zeis introduced “plastic surgery” as a medical term in his textbook about the topic.

This happened in 1895, with tissue transplanted from the back, although in the late 1800s there was also experimentation with paraffin wax and similar substances.

Whenever people get maimed, there’s a need for plastic surgery. Doctors started to hone their skills with new tools such as skin grafts and pain medications. Dr. Varaztad Kazanjian, sometimes called the founding father of modern plastic surgery, heightened interest in the field as he developed maxillofacial surgical methods.

The field is taking off. Johns Hopkins starts plastic surgery training program in 1924; The American Society of Plastic and Reconstructive Surgeons (ASPS) is founded in 1931.

Starting in 1939, the dermatome instrument improves outcomes for patients with burns and wounds; starting in 1940 facial trauma centers were created for soldiers; hand surgery develops.

Cleft palate repair is achieved; board certification begins; facial deformities can often be corrected; surgeons advocate for safer pajamas for children (due to burns).

New surgeries like liposuction and techniques like TRAM flaps cause plastic surgery boom; plastic surgeon wins Nobel Prize in 1990; by the end of 1990s, millions of procedures performed in the US alone.

Everything from hand transplants to scarless surgery is possible; plastic surgery has become a service for everyday people.