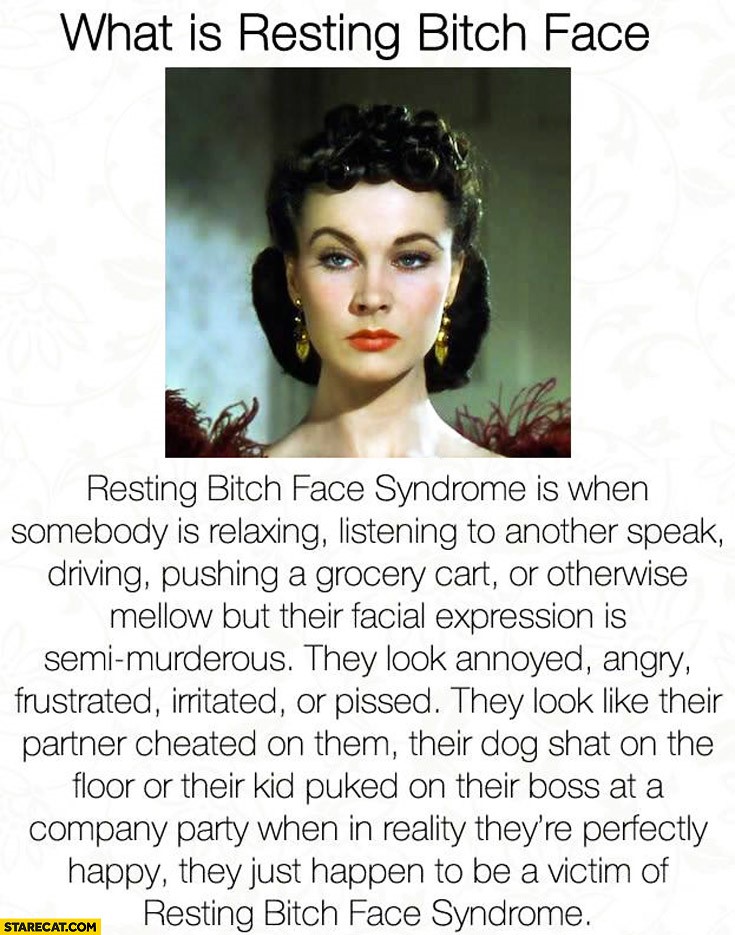 Unkind as it may sound, this unfortunate moniker is actually listed in several contemporary dictionaries including Wikipedia and the Urban Dictionary and is the subject of more than a few social media memes. Women who have been accused of having a resting “bitch” face are neither resting nor bitchy, cranky or tired. A particular position of the eyebrow, frown lines or a downward slant to the mouth can give the appearance of being unhappy, mad, aloof or well, bitchy.

If you are tired of explaining away your facial expression, there are ways you can reverse RBF. They include a brow lift or forehead lift, eyelid surgery or blepharoplasty and wrinkle relaxation products such as Botox or Dysport.

As we age, the skin of the forehead loses firmness and elasticity, and years of the skin creasing as emotions get expressed takes its toll in the form of lines and creases. Add in the force of gravity, and you have a recipe for a forehead and brow that sags, making you look grouchy, tired, and obscuring your eyes. Unfortunately, this problem only gets worse over time.

A brow lift, also called a forehead lift, is a plastic surgery that improves the appearance of a sagging or heavy brow and lowered eyebrows. Whether it’s your genetics, your natural aging process, or a combination of things that are causing your forehead and brow to appear old and cranky, this procedure can correct that permanent look of brooding, giving you a happier, younger, more relaxed appearance. A brow lift smooths away wrinkles and tightens the skin, and it can also work in concert with eyelid surgery or a facelift for an even more stunningly youthful transformation.

Ideal brow lift candidates are unhappy with their forehead because of significant sagging. Most brow lift patients are over age 40, but for some younger individuals who genetically have a lowered forehead, it may be the right choice.  A forehead lift raises the eyebrows and can alleviate part of the problem of resting bitch face.

There are two types of forehead lifts, the coronal brow lift, and the endoscopic browlift.

Your surgeon makes a coronal incision starting near one ear, running across the top of the forehead, and ending near the other ear. The incision is behind the hairline, and won’t be visible when it heals. The surgeon lifts the skin of the forehead, removes underlying tissues, and alters the musculature. Each procedure is unique, just like each patient’s face, but the end result is a smoother, more youthful appearance. The coronal brow lift is generally performed on older patients.

Instead of one long, coronal incision, your surgeon makes four or five short incisions in the scalp, each less than a half-inch long—just enough to insert the endoscope. This allows your surgeon to see into the tissues and muscles through one incision, and alter them with another instrument through a different incision in a similar manner as that described above. After the lift, the incisions are closed with clips or stitches. The endoscopic browlift can be performed under local anesthetic and provides lift upward. It is less aggressive than a coronal browlift and may be the right choice for patients who appear stern or unpleasant when the face is at rest.

Whether through aging or genetics, sagging upper eyelids and under-eye bags can contribute to an unhappy resting facial appearance. You may feel energetic, well-rested and content, but droopy upper eyelids and dark undereye circles or bags say otherwise.

Upper blepharoplasty involves a small incision in the upper eyelid skin. Excess skin is removed and the incision closed. Once healed (about a week), the upper lids are smooth and the eyes more open, and the entire face appears more youthful and revived.

A lower blepharoplasty involves a small incision hidden in the lower lash line. The surgeon is then able to redistribute the fat in the undereye fat pad and eliminate the appearance of under eye bags.  For significant under eye hollowing and dark circles, your surgeon may recommend fat grafting to the under eyes. This process the involves the harvesting of fat from an area on your body with significant fat reserves which is then purified and reinjected into the undereyes to provide a long-lasting improvement in dark circles and hollowing. 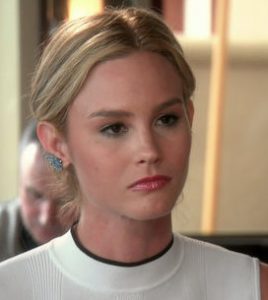 Perhaps the most effective and immediate improvement for RBF is treatment with a neurotoxin such as Botox or Dysport. Both are FDA-approved protein based medicines that are injected into certain facial muscles to relax, and eventually smooth, frown lines. Botox is the most popular non-surgical cosmetic treatment according to the American Society of Plastic Surgeons with over 7 million people having the treatment in 2016.

Botox or Dysport can wipe out the vertical lines between the forehead. This area is called the glabella. A major contributor to the appearance of RBF can be attributed to the permanent scowl created from these frown lines. If you have etched lines in the glabella, even at rest, then Botox or Dsyport can help improve RBF.

Another application of neurotoxin injections, and considered an “off-label” treatment, is the injection into the area around the mouth to gently lift the corners. An upturned mouth versus a downward lip line literally turns the frown upside down.  A must for resting bitch face patients.

Ready to give your resting bitch face a rest?  Schedule a consultation to determine which procedure would arrest the problem best. Once you see the improvement any or all of these RBF remedies can offer, you’ll be happier inside and it will show on the outside! Let us help you put resting bitch face to bed.