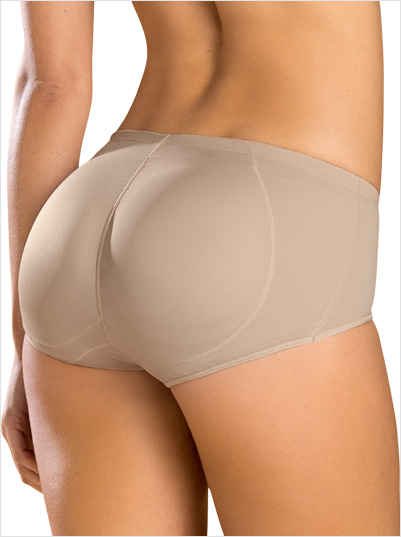 It’s official, the butt is on the rise. Literally.

According to the American Society of Plastic Surgeons, buttock augmentation is one of the fastest-growing cosmetic procedures. Could it be the growing popularity of the celebrity butts on the Kardashians, the down-low of JLo or the round and perky butts of the Brazilian supermodels?  More than likely all of the above.

Social media covers (or uncovers) more butt envy with platforms like Pinterest, Instagram, and Snapchat. Increased posterior exposure is causing a lot of women to reassess their a-s-s.  Go big or go home.

Several options are available for boosting the caboose.  Butt shapers, like the one pictured, give a temporary false foundation.  The real rising butt fans are heading to the plastic surgeon for buttock augmentation.

Buttock augmentation with fat grafting, coined the Brazilian Butt Lift, is an increasingly more popular method. Last year’s ASPS report showed fat grafting to the buttocks up 15% from the previous 2013 numbers. The latest 2015 statistics from the ASPS show Buttock Lifts in total are up a whopping 252%.

There’s a 1-2 punch with fat grafting to the butt.  First, fat is liposuctioned from another body area, such as the stomach, thighs or muffin top and re-injected into the booty for natural augmentation. The net effect is less fat in unwanted areas and more where it looks better.  A word of advice, leave this procedure to a plastic surgeon to perform. Getting an even distribution of fat with no lumps and bumps requires the skill of a surgeon with experience in fat harvesting and grafting as well as body contouring. 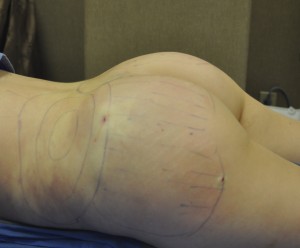 Changes Plastic Surgery & Spa specializes in fat grafting to the buttocks.  The Brazilian Butt Lift can be performed under local anesthesia. Contact us for more information.