The American Society for Aesthetic Plastic Surgery gathers data yearly providing a snapshot of the most popular surgical and nonsurgical cosmetic procedure trends for the previous year.  Taking a look at the numbers for 2016 and the data supplied in 2017, predictions for the top six cosmetic procedure trends for men in 2018 put the focus on nonsurgical treatments; Botox, dermal fillers and IPL skin rejuvenation and surgical procedures; liposuction, male breast reduction for gynecomastia and eyelid surgery.

Changing times are changing the way we think and changing the way the sexes respond to cosmetic aesthetic self-improvement. Gender lines are blurring and attitudes regarding what is feminine and masculine have affected style trends and yes, even the acceptance of cosmetic procedures for men.  Men want to look younger, sexier, more vital and attractive, just like their female counterparts.  What used to be looked down upon as a sign of vanity for men and women alike is now widely accepted in our youth and looks-obsessed culture.

Stepping into the arena of cosmetic enhancement is less intimidating for men if the procedure can be performed without obvious signs of treatment and if the downtime does not take them away from a normal work schedule.  As 2016 statistics reveal, the top cosmetic nonsurgical procedure trends for men will likely remain the same in 2018.

The number one procedure for men with 453,281 procedures being performed was Botox®. 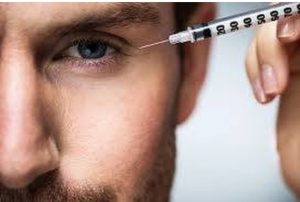 Botox® is a highly concentrated protein that once injected softens the movement of the muscles that form horizontal wrinkles in the forehead, vertical furrows that make one look angry or worried and squint lines that form at the outer corner of the eyes.  The effects of Botox may take a few days to begin working.  During the duration of effectiveness which is approximately 4 months, the wrinkles in these areas begin to soften. In fact, within 2 weeks if not sooner, of treatment, the forehead looks smoother while still remaining expressive.  Little wonder that this highly popular treatment for wrinkle reduction for forehead lines, frown lines, and crow’s feet ranks first with men.  It also ranks number one for women.  Perhaps with coaxing from the females, men have embraced this lunchtime treatment for its effectiveness, affordability, natural-appearing results and the offering of no down-time.  The popularity of men getting Botox® has even resulted in the nickname “Brotox”.  The idea that this nonsurgical cosmetic treatment has become a household word indicates its acceptance, and no doubt the trend will continue in 2018.

Coming in second in cosmetic nonsurgical procedures for men are dermal fillers.  This broad category includes injections of substances primarily comprised of hyaluronic acid (HA).  This substance is found naturally in the body, yet depletes with aging.  HA’s can be injected into undereye hollows (also known as the tear troughs) to bring the sunken area into the light reducing dark circles and shadows and eliminating the appearance of bags. Restylane® is a commonly used product for undereye treatment. 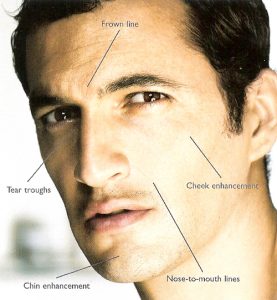 Heavier HA’s such as Juvederm Ultra Plus® and Restylane Lyft® provide more bulk and are ideal for filling in deep facial wrinkles.  The strong fold and deep impression that appears from the corners of the nose to the corners of the mouth are called nasolabial folds.  They result from loss of skin elasticity and facial fat depletion.  This allows the skin of the cheeks to fall, a pool at the jowls and create deep and pronounced nasolabial folds.  Correction and improvement in the appearance of these deep nasolabial folds smooth the contours of the face for a younger look.  Just like Botox®, dermal filler injections can be performed in a lunchtime appointment and the results can be seen immediately.  As with any injection, redness and bruising are possible.

Dermal fillers accounted for almost 169,000 nonsurgical cosmetic procedures for men in 2016. Heavier HA’s are also being used for a nonsurgical or “liquid” rhinoplasty.  As major aesthetic product manufacturers like Allergan continue to add to their arsenal of dermal filler product lines, we can only surmise that dermal fillers will rank high in popularity in 2018.

Surprisingly, 2016 statistics showed the third most popular nonsurgical cosmetic procedure to be IPL treatments.  The idea of men’s grooming, of considering the specific needs of men’s skin, hair and nails has turned from a niche area to brick and mortar boutiques devoted to men only.  Estheticians have long offered facials designed just for men, and they are often the ones to introduce their male clientele to the idea of nonsurgical laser treatments to further improve the quality of their skin.  Going a step further than facials and microdermabrasion, IPL (intense pulsed light) treatments improve the skin on a deeper level, fading brown pigmented spots and unwanted red patches resulting from sun damage.  IPL sessions are relatively painless, can be performed in less than an hour and although there is some sign of treatment (redness and darkening of the pigment before sloughing off), these usually fade in less than a week.

Men are no different than women in taking pride in their physical appearance.  Men were first to adapt to rigorous work-outs and seek gym memberships while women looked to dieting for body improvement. While women refine their curves, men seek the distinctive “V” shape, narrowing from the strong chest toward a flat, six-pack abdomen.  However, even the fittest of men start to lose this ideal as they get older. Fat begins to build upon the body, softening masculine angles, especially around the neck, chin, love handles, and abdomen. 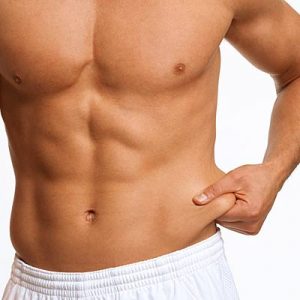 Liposuction turned the tables for both sexes when it was introduced in 1974. Liposuction is a minimally invasive procedure, using a blunt hollow tube and suction to remove unwanted fat.  The woman signed up faster for liposuction than men since it required a trip to the plastic surgeons’ office.  For decades men preferred to sweat off their unwanted pounds and liposuction was for cheaters.

Time and education change everything.   It is now common knowledge that men and women both have areas of exercise-resistant fat.  Between 1997 and 2016, there was a huge uptick in the number of liposuction procedures performed, going from 4.6% of surgical procedures performed to 134.3%!  Liposuction is the number one surgical procedure for both men and women.

Liposuction can be performed on almost any area of the body.  It can often be performed under local anesthetic eliminating costly hospital and anesthesia charges.  The recovery depends on where and how many areas are treated.  The downtime is generally one to two weeks of feeling sore, but no pain. Look to 2018 for more advanced liposuction methods that can provide further (high definition) sculpting by combining liposuction with radiofrequency applications.

Another cosmetic surgical procedure that will remain strong in 2018 is male breast reduction.  Excess male breast tissue, medically called gynecomastia, can occur in puberty as a result of too little testosterone, and it can occur in adults, as well, as testosterone levels decrease with age.  The appearance of “man boobs” can be demoralizing and can affect a man’s self-esteem negatively.  It is estimated that between 40 and 60% of men suffer the condition.  Gynecomastia can be corrected through a surgical procedure that excises the excess tissue.  Since 1997 when the American Society of Aesthetic Plastic Surgery began tracking the number of male breast reduction procedures, there has been an increase of 181% with 31,368 procedures performed in 2016. Unless and until hormonal imbalances are addressed prior to the onset of excess male breast tissue, 2018 will likely show a continued demand for the procedure.

Hooded upper lids and bulging undereye bags are a sign of age. Revitalizing the under eyes can be done with nonsurgical dermal filler as mentioned earlier, however, loose skin of the upper lids must be surgically excised to restore a more youthful eye.  Of the three top surgical cosmetic procedures for men, eyelid surgery is the most noticeable to other people.  A well-performed eyelid surgery (also called blepharoplasty) should result in a natural look. For this reason, seeking a plastic surgeon for the procedure is important.  In some extreme cases of upper eyelid sagging, vision can be impaired and insurance may pay for the correction. However, these eyelid surgeries are generally performed by an oculoplastic surgeon with less than the best aesthetic result.

Eyelid surgery (blepharoplasty ) can easily be performed under local anesthetic in about one and a half to two hours.  The procedure is very affordable and returning to work is possible in as little as one week after surgery. Glasses and sunglasses can hide the redness and swelling associated with eyelid surgery.

The days of old boys’ clubs and ladies-only events are disappearing as genders equalize.  Cosmetic procedures are designed to make both men and women look their best, and if trends continue in 2018, expect to see the number of men seeking both surgical and nonsurgical cosmetic improvement to continue to rise.  What new procedures might make the stats?  Only time will tell.

For more information on male cosmetic procedures, schedule a consultation at Changes Plastic Surgery & Spa, providing aesthetics for men since 1994.  Call us at 858.720.1440.