A quick look at what determines a pleasingly proportionate nose is based on a few rules or guidelines. 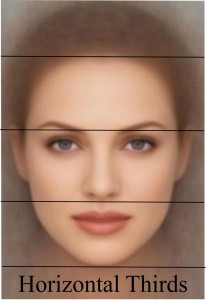 1. Rule of Thirds:   A well-portioned face may be divided into equal thirds by drawing horizontal lines through the forehead hairline, the brow, the base of the nose, and the edge of the chin. 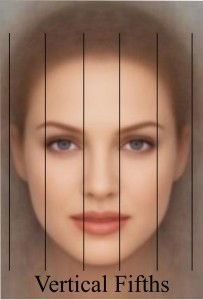 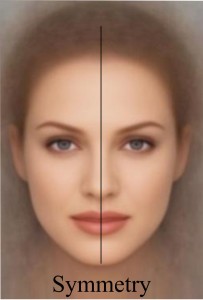 3. Bilateral symmetry:  An attractive face exhibits a high degree of similarity between one side of the face and the other.

These 3 measurements provide a blueprint for good proportion and can help in reshaping, but for the patient just exactly what a new nose would look like depends mostly on the conception and it can be very hard to visualize.  Until the advent of 3-D Imaging.

The image is then enhanced and altered using various “tools” that can remove a bump on the nose, alter the angle of the tip, narrow the width of the nose and numerous other adjustments.  Patients are able to see their real-time image side-by-side with a post-surgery re-creation. 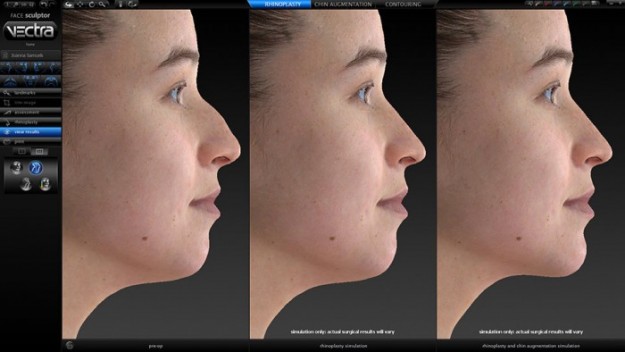 3D Imaging helps to answer the question of “what will I look like after” and is a priceless tool in the rhinoplasty decision. It not only puts the patient on the same conceptual page as Dr. Lee, it lets patients know their new nose will not only be improved proportionally and aesthetically but that they will look good wearing it.

Visualize your nose before actual rhinoplasty at Changes Plastic Surgery.

Vectra and Mirror have registered trademarks of Canfield Scientific, Inc.